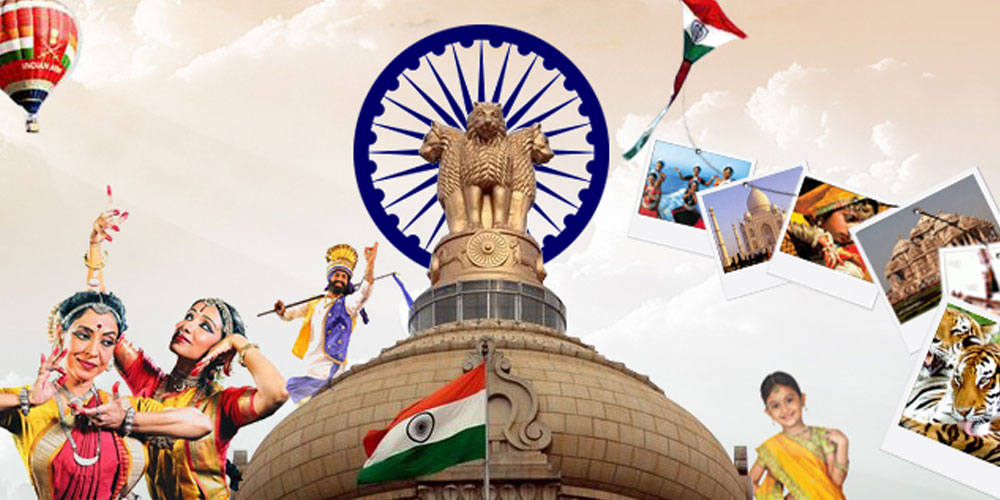 India has a long history of various cultures that have integrated over thousands of years. This has resulted in an amazing state of unity in diversity.

India is one of the world’s oldest and most diverse cultures. Indus valley civilization flourished in northwestern India from 3200-1300 BCE followed by the Vedic Age. In 3rd and 4th BCE rulers like Chandragupta Maurya and Ashoka brought the entire subcontinent under one rule. Mahavira and Gautam Buddha propagated their philosophies during the 5th and 6th century BCE. Under the rule of Gupta dynasty in the 3rd and 4th century CE there was a religious and intellectual resurgence known as the “Golden Age of India”. Muslim rule started in northern India in 13 century CE, declined in the 14th century CE when several powerful Hindu states such as Vijaynagar Empire and Rajput dynasties emerged. Sikhism was founded in 15 century CE and Mughals arrived in 16th century CE. Mughal Empire suffered a gradual decline in early 18th century CE when rulers from Maratha, Sikh and Mysore kingdoms became more powerful. From the late 18th century to mid- 19th century large areas of India were annexed by British East India Company of British Empire. The Indian Rebellion of 1857 was followed by a nationwide struggle for independence in early 20th century leading to India’s independence from United Kingdom in 1947.

Bollywood is the biggest producer of the movies in the world.